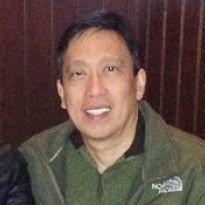 I've been reading science fiction since I was ... well since I could read. Now, mostly I just listen to them. Sometimes I have an opinion about a book and feel a need to write down these thoughts and share. So here we are. 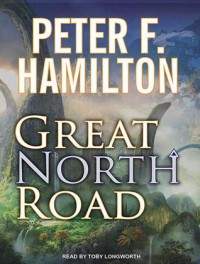 [a:Peter F. Hamilton|25375|Peter F. Hamilton|http://d202m5krfqbpi5.cloudfront.net/authors/1235123752p2/25375.jpg] writes large. He writes 1000 page behemoths of narrative. And he writes with ideas that are space and time spanning, far beyond the usual windows of ordinary lives. And his words are imbued with the power of ideas and concepts far above today's water cooler subjects. Yet, despite the immense dimensions of his imagination, he keeps it all within reach, grounded on human sensibilities, maintaining a keen sense of the grand human drama.

So in this decidedly large book, Hamilton mixes together inscrutable alien swarms, cloned megalomaniacs, monsters with bladed fingers, interworld portals, smart personal networks, sentient worlds, manufactured oil, medically-enabled longevity, with recognizable and easily accessible characters --- a persistent police investigator, a deeply religious military spook, a seemingly helpless woman wrongly imprisoned, three clones who pursue three separate ambitions of wealth, long-life and freedom --- and vast and sundry characters that a reader from the 21st century can easily relate to. He weaves a tale that could simultaneously be categorized as crime/mystery, political intrigue, spy/military, green environmental/survivalist, alien/first encounter, family drama/love story, action/SF ... all interlaced together in Hamilton's insistent style that impels and brooks no doubt that you, the reader, will hold your disbelief.

From my perspective, the most powerful aspect of this sprawling, decidedly Anglo-centric book, that which holds it together and fills it with passionate motivation and narrative impetus, is the story of Angela. Compared to her the rest of the characters seem quite mundane. Or, conversely, without her, this big, booming behemoth of a book may have failed to engage.

Hamilton has clearly improved with practice; from the Mandel detective stories, to the Nights Dawn series, onto the Void trilogy and now the amazing feat of [b:Great North Road|13573419|Great North Road|Peter F. Hamilton|http://d202m5krfqbpi5.cloudfront.net/books/1344371600s/13573419.jpg|19154394]. One thing I can say is read Hamilton now and savor his work while he is at his inventive and imaginative best, for a hundred years hence who knows how we would appreciate his writing in the light of different mores.